Two recent videos make a clear cut case for media reform in the digital age, and should be fixtures on the virtual shelf of anyone interested in the issue.

They help cut through the misinformation, astroturf and name calling being churned out by the phone and cable lobby.

If you're still on the fence about Net Neutrality, watch these.

The first, an April 12 presentation by Harvard Law Professor Larry Lessig, walks us through the history of America's broadband downfall, laying blame at the feet of Bush-era FCC commissioners, who closed rank with companies like AT&T, Verizon and Comcast to make a series of decisions that undermined users' control of our Internet experience.

The second, an interview between FCC Commissioner Michael Copps and PBS host Bill Moyers, looks to the future of American media and the vital role we all need to play to take back the Internet and keep communications as open and small "d" democratic as possible.

Let me know what you think: 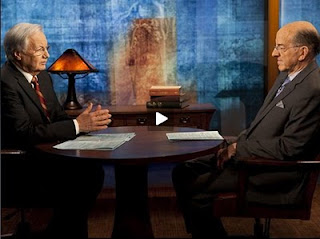