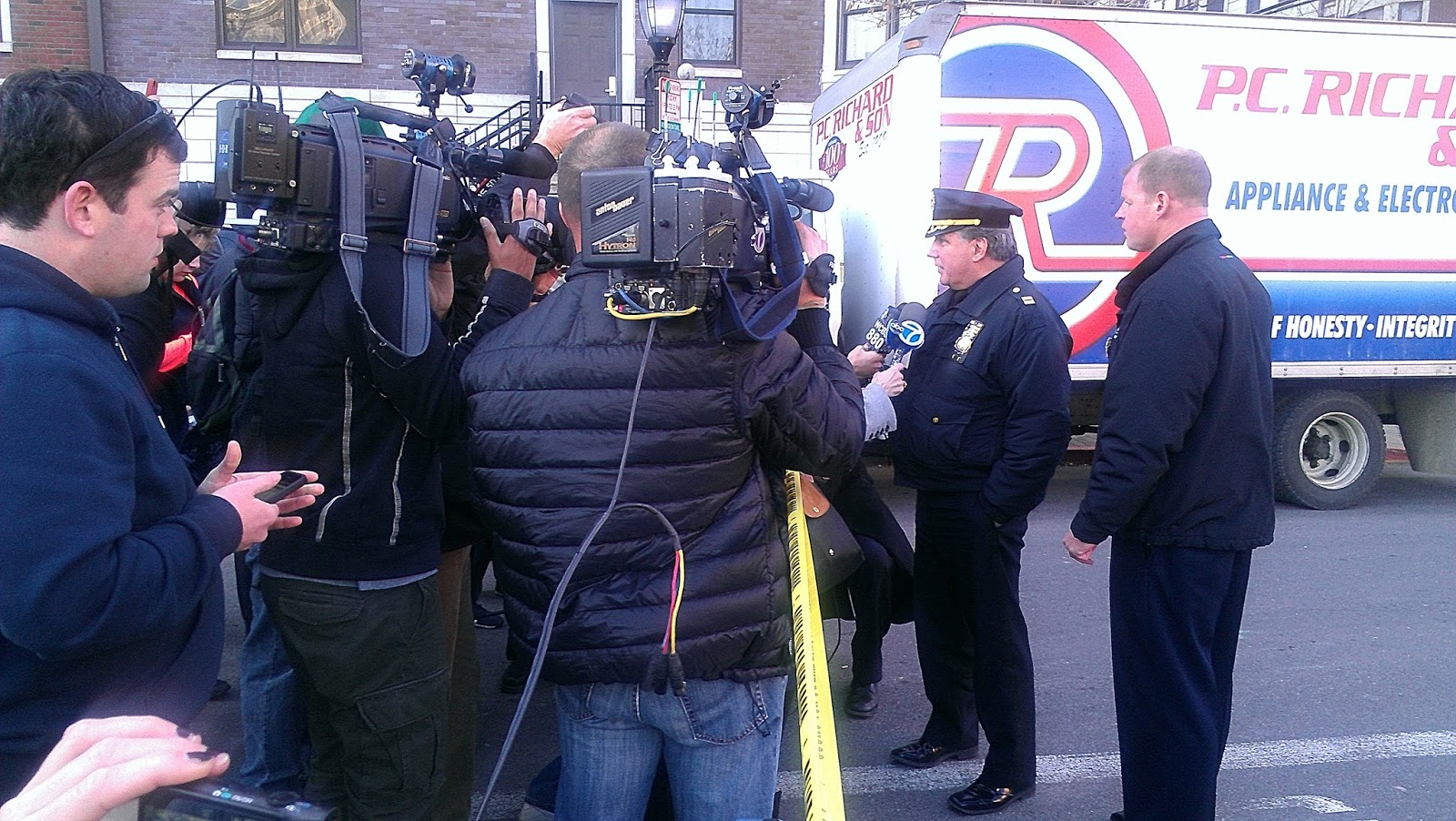 I counted some 80 journalists and crew members across the police line before new information had the assailant as Ryan's younger brother Adam. But by that time the damage had been done with many mainstream outlets having to correct earlier reports.
Subsequent reporting about the media miscue tends to blame the Internet as the cause of Friday's confusion over the identity of the Newtown shooter.

Rebecca Greenfiled of the Atlantic posted a story under the headline "How the Internet Got the Wrong Lanza," in which she concludes that "the Internet decided to do a little sleuthing that led to the wrong conclusions."

Not quite. The many mainstream journalists weren't sent to the address because of some Internet rumor but because authorities in Newtown had misidentified the shooter as Ryan. This was soon picked up by mainstream outlets like CNN. An Internet search of Facebook -- accurately -- identified a Ryan Lanza of Newtown living in Hoboken. And police scanners soon carried reports of a mass mobilization of Hoboken authorities and the FBI outside his apartment building.

While it's unfortunate that Ryan should have been cast into the spotlight in such a way (one of many tragic things to befall him on Friday), it's not the Internet that's to blame, but Internet-era journalism.

"I can tell you how it happened, because I've been in the trenches, working breaking news as a reporter," writes Jan in a comment on the Atlantic story. Jan continues:

Your sources are never on the record. You hit up the go-to guys who will give you off-the-record stuff. I can visualize this precisely: Cops did a search of recent ammo buys at local stores and found one linked to a Ryan Lanza. Adam Lanza used his brother's ID for the purchase. Cops immediately went to Ryan Lanza's residence to execute a warrant and when they found him alive, cuffed him as a person of interest just in case he willingly handed over his ID to Ryan so he (underage) could purchase the ammo and kill his mother.

I realize this pisses people off, but it's the reality of reporting in the Internet era. Competition is paramount and operating revenue doesn't fall from the sky.

Also, anyone critical of the instantaneous reporting which may have been inaccurate should ask themselves this question: Knowing how impossible it is to nail down correct info so early, why did you peruse multiple news sites to find out what was happening? The answer to that is why reporting proceeds as it does. You want it; they try to supply it.

Some cellphone shots from the scene as journalists realize that the fog of breaking news had led many astray: 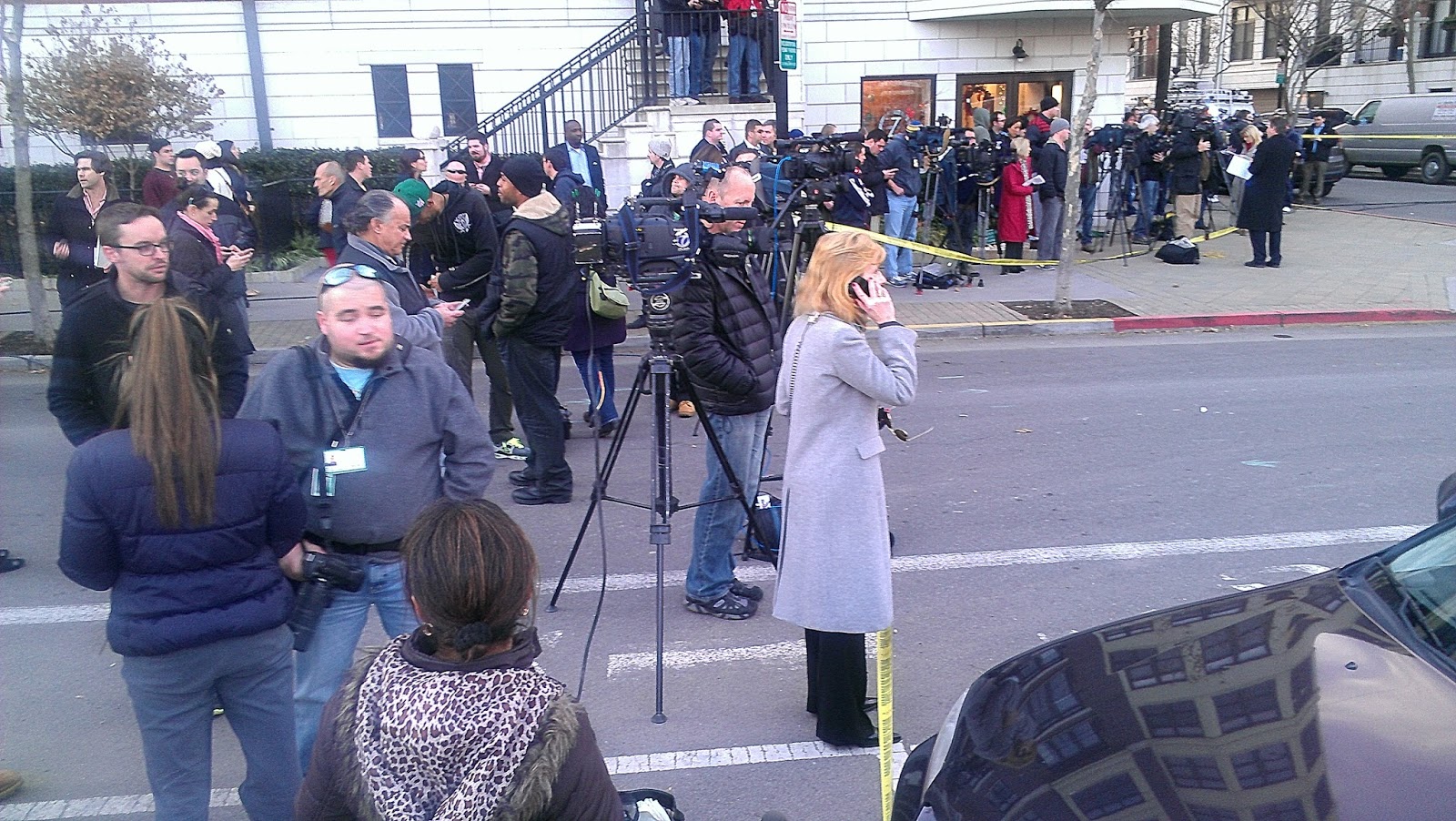 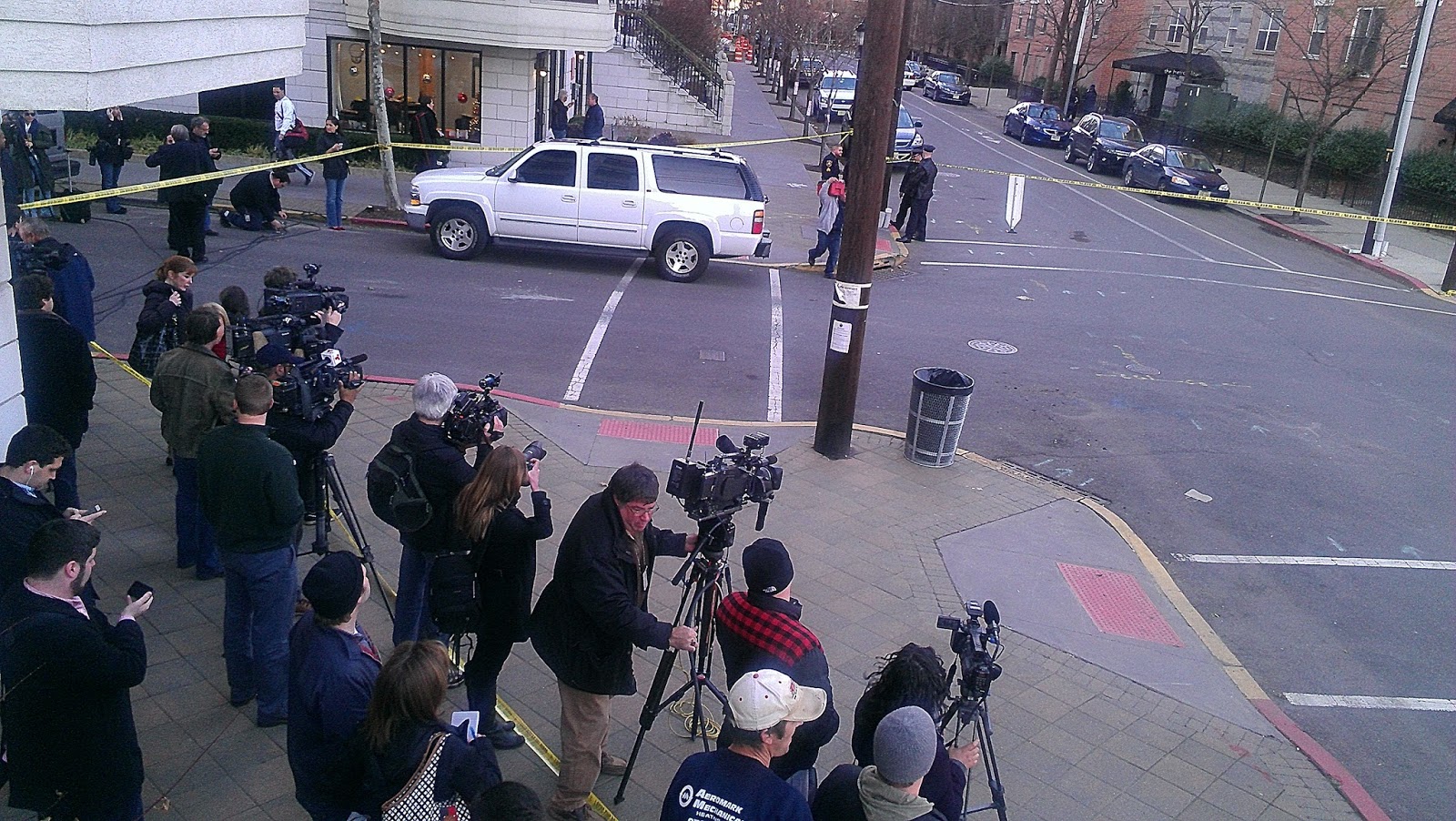 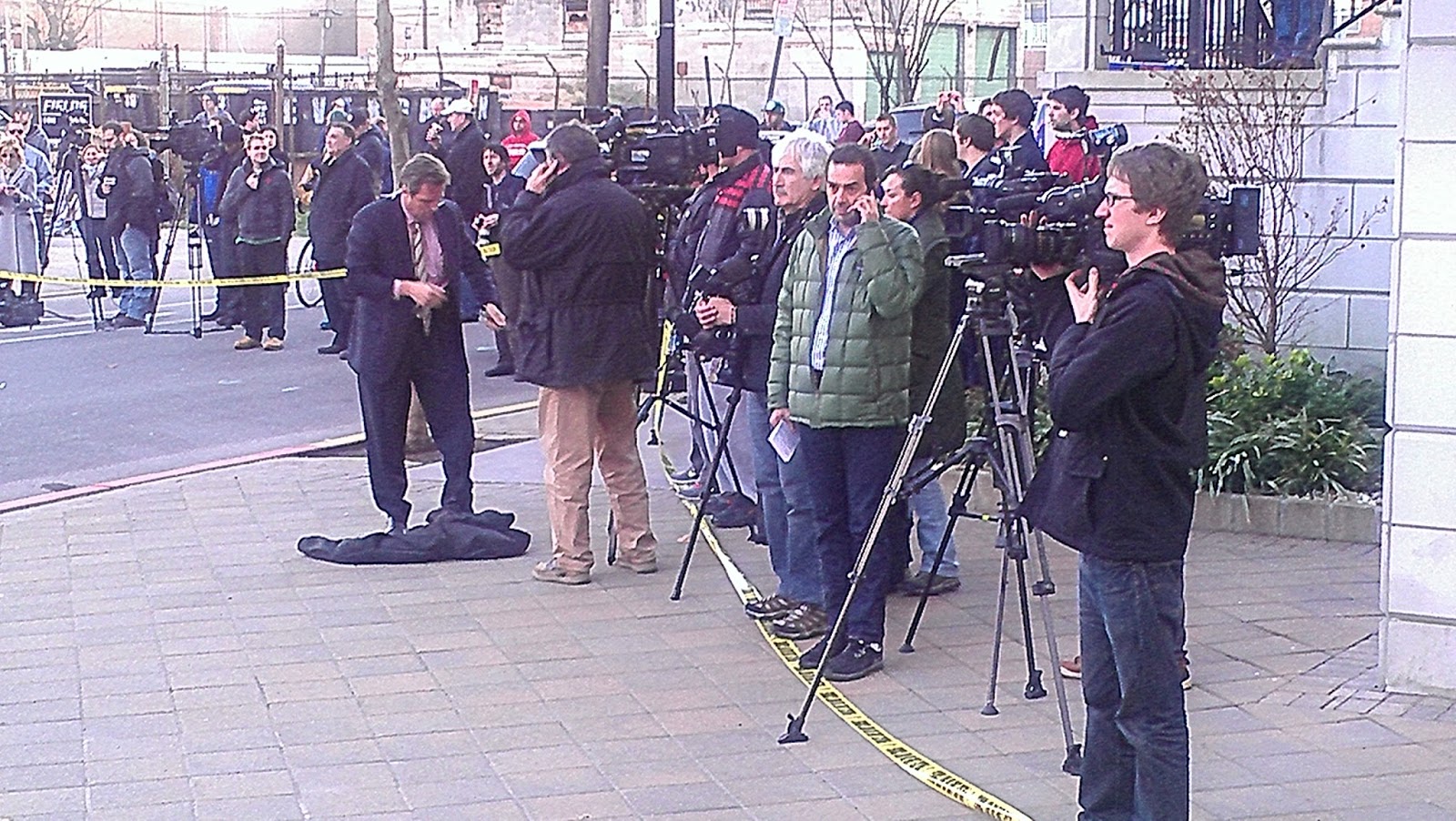 Hi, Nice post thanks for sharing. Would you please consider adding a link to my website on your page. Please email me back.