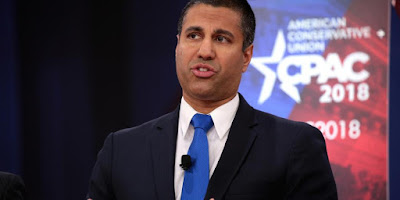 The questions speak to a curious timeline where Pai and his staff took considerable pains to bolster the FCC chief information officer’s claim that the May 2017 crash was due to outside forces beyond the agency’s control.

“It’s troubling that you allowed the public myth created by the FCC to persist and your misrepresentation to remain uncorrected for over a year,” wrote Reps. Frank Pallone, Mike Doyle, Debbie Dingell and Jerry McNerney. “To the extent that you were aware of misrepresentations prior to the release of the [Inspector General’s] Report and failed to correct them, such actions constitute a wanton disregard for Congress and the American public.”

What happened, when and why
By now it’s obvious the agency has long known that no distributed-denial-of-service (DDoS) attacks took place. And indeed Pai should explain what really happened and when he became aware of it.

Yet one question we can still only speculate about is why: Why would the head of a federal agency want to mislead Congress, reporters and the public?

The comment system’s collapse, which happened just after HBO host John Oliver drove Net Neutrality supporters to the site, is a problem of the FCC’s own neglect — and one Pai has had no apparent interest in fixing or, for a time, acknowledging.

It’s easy to understand that Pai would have preferred a broken system to one that accurately documented public sentiment about Net Neutrality. At the time he had a vested interest in downplaying the overwhelming and bipartisan public support for rules he was determined to unravel.

By raising questions about the legitimacy of public engagement in the Net Neutrality proceeding, he could derail the coming freight train of comments from those determined to save the open internet. And indeed, it’s likely that a faulty system prevented hundreds of thousands of people from weighing in on the issue.

Pai’s problem with the public
Yet even with a malfunctioning docket and suspicious filings from bots, a vast majority of commenters called on Pai to keep the open-internet rules in place. Even Pai and his industry allies couldn’t hide that fact.

This is a problem for Pai. The FCC is required by law to take public comments into account when it makes new rules. The appearance of irregularities in the FCC's commenting system became a convenient excuse for the chairman to dismiss these comments and move forward with his unpopular repeal.

Since then, Pai has made several lame attempts to demonstrate that people actually support his effort to gut the open internet, telling an incredulous Kai Ryssdal“public opinion is not against us,” despite overwhelming evidence that it is.

Lying to discredit a genuinely engaged public is just another smokescreen from a man determined to return to the days when telecommunications policy was made behind closed doors in conversations between regulators and industry lobbyists.

Pai’s failure to acknowledge and fix the FCC’s broken comment system — and his office’s vehemence in defending now-disproven claims of a DDoS attack — are part of a larger effort to duck accountability. It’s one of the many reasons that Free Press is suing the FCC before the U.S. Court of Appeals. And it’s why a resolution to reverse the FCC’s ruling has received bipartisan support on Capitol Hill.

As Pai goes before Congress on Thursday, he has a chance to correct the record and do right by the people he’s supposed to serve. Though, given his history of deception on Net Neutrality, you shouldn’t hold your breath.
Posted by Tim