Is Winning Net Neutrality Enough to Save the Internet?

Originally published in the Seattle Times

The U.S. Court of Appeals for the D.C. Circuit rejected the latest broadband-industry bid to kill the open internet — a legal challenge to the Federal Communications Commission’s 2015 “net neutrality” decision. The FCC rules protect your right to connect with everyone else online without your cable or phone provider blocking websites or carving the internet into fast and slow lanes.

The ruling last year was itself a major victory — the product of 10 years of activism involving millions of Americans who lobbied their elected representatives and urged the agency to adopt online safeguards.

Originally published at The Guardian 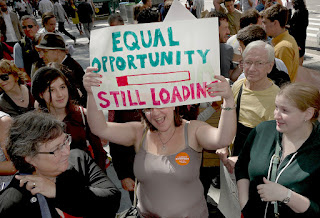 As Donald Trump, Hillary Clinton and Bernie Sanders have shown, any candidate hoping to connect with voters in the 2016 election can’t do so without a strong online presence.

But embracing the internet as an organizing tool isn’t enough. To become the nation’s first genuine tech president, a candidate must also champion internet policies that safeguard users and ensure the network’s survival and continued growth.

Shortly after Barack Obama announced his candidacy for the White House in late 2007, he took to the stage at Google headquarters to unveil a set of policies on key tech issues, including net neutrality. Later in his campaign, he promised to “strengthen privacy protections for the digital age and … harness the power of technology to hold government and business accountable for violations of personal privacy”...

Read the rest at The Guardian