What Ted Cruz Doesn't Want You to Know

By now it seems pretty clear that Sen. Ted Cruz has a plan to occupy the White House. But he doesn't want people to know too much about it.

And he definitely doesn't want you to know about the special interests that have already begun to bankroll his political ambitions.

That's why the Texas senator's latest crusade targets the Federal Communications Commission -- and its efforts to better identify the funders of political ads.

During the 16-day government shutdown, elected officials from both parties clogged the airwaves with rhetoric about crossing over, finding common cause with political foes and ending the standoff.

But sincerity was in short supply as few took real action, cheesy photo-ops notwithstanding. The agreement struck last Thursday night was more a delaying tactic than a genuine effort to resolve longstanding disputes.

This isn’t the first time reckless politics have ground Washington to a halt. Congress’ inability to agree on a budget mimics its recent failures to address climate change, income inequality and gun violence.

But there’s a new issue that seems to defy this pattern of dysfunction. It’s the subject of a hopeful new book, which documents the bipartisan (some would say “post-partisan”) organizing that in 2012 led to the defeat of two copyright bills that threatened the open Internet. 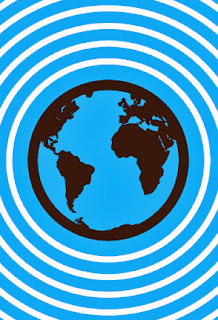