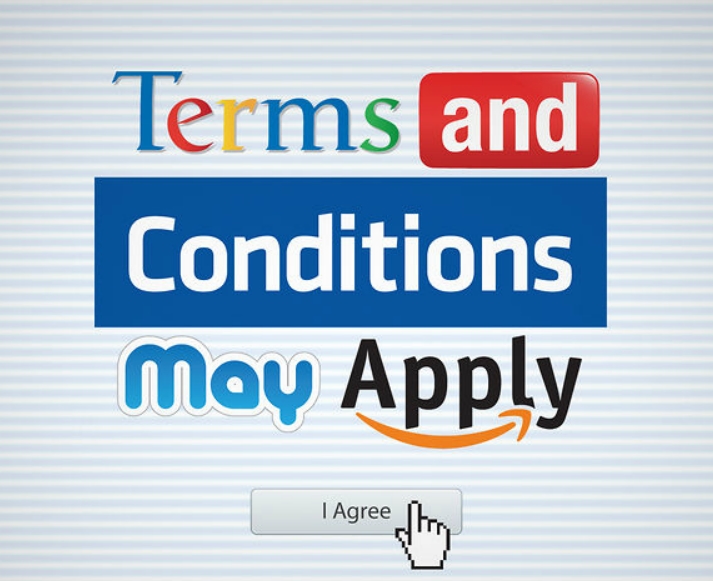 These consumer agreements allow companies to track our digital fingerprints across the Web. It's a practice that suits government intelligence agencies well.

Thanks largely to Edward Snowden, we now know that the National Security Agency often use programs like PRISM to peer into the digital closets of hundreds of millions of people around the world.

The government claims it can unlock the door under vague authority granted by the Patriot and FISA Amendment Acts, which give intelligence agencies broad discretion to obtain "any tangible thing" they deem relevant to an investigation. But our closets are full only because so many of us agreed to allow online services to collect so much personal data.

"Companies have the ability to make you accept just about whatever they please," Hoback said in an interview prior to the Washington premiere of his film. It's a pact that comes with dire consequences for many.

Terms and Conditions May Apply tells the story of several innocents who were snared in this scheme, often for something they joked about online.

Truman Middle School seventh-grader Vito Lapinta was hauled to the vice principal's office to be confronted and interrogated by a Secret Service agent. His crime was posting a friendly comment on Facebook urging Pres. Obama to be extra careful following the killing of Osama Bin Laden.

It's already happening. There's near perfect alignment between online businesses, which profit from collecting user information, and the surveillance state, which claims it needs to consume a haystack of data to find a needle of a threat.

Anonymity isn't profitable, according to the conventional wisdom of Silicon Valley. That's why in 2009 Facebook changed its default privacy settings to make your updates available to everyone.

Google's privacy policy was rewritten in 2012 to allow it to share your personal data with third parties. (One of Google's original changes to the policy occurred shortly after the Patriot Act passed in October 2001 to include language that allowed the company to disclose customer data "as required by valid ... legal process" including a search warrant, subpoena or court order.)

AT&T's privacy policy claims that they can use your data "to investigate, prevent or take action regarding illegal activities." While the privacy policies of companies like Verizon state "protecting our customers' privacy is an important priority at Verizon," it's a priority that takes a back seat to government orders for user data.

This collusion is part of what's called the "Third Party Doctrine." It provides a Fourth Amendment loophole, whereby government agencies evade privacy protections by working hand in glove with corporations to which users have relinquished so many rights.

"When I started this documentary, I wasn't even making a film about the implications of the surveillance state," Hoback said. "It was actually a film about the ways technology was changing."

Hoback never thought he'd reveal a world in which Google, Twitter and Facebook have so much power over the privacy and free speech rights of citizens. "Before Edward Snowden I had to be very careful not to make these things sound so conspiratorial. I had to be very meticulous on how far I could go," Hoback said.

"That Snowden has documented this in such detail has made a big difference. He had a smoking gun that everyone can now understand." Hoback hopes that his film will explain why Snowden sacrificed so much to expose this surveillance to public scrutiny. "It shows the harm, and the potential for much greater harm."

The filmmaker has launched the activism site TrackOff.US to help promote the film and steer people toward action. "The first step is to build more awareness and help people access and control their data," Hoback said. "And then we need to apply pressure on companies like Facebook."

-- Terms and Conditions May Apply will be on view this week in Washington, D.C. before heading west to Oakland and Boulder and south to Miami. Information about future screenings is available at TrackOff.US.
Posted by Tim