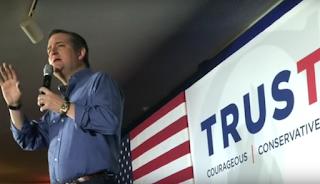 Question: “The Obama administration has declared the Internet to be a modern-day public utility. They’re using Title II rules from the 1930s to justify it. What would you do as president? Would you continue this or would you change it?”


Actually, Title II isn’t some relic of the Depression Era. Congress updated Title II’s definitions in the Telecommunications Act of 1996, paving the way for the explosive growth of the Internet we know today. Title II status doesn’t apply to “the Internet” — it applies to the cable and phone company networks that connect us to each other. The type of common-carrier classification in this law is commonplace across the U.S. economy, but especially in modern communications networks. Before the FCC’s 2015 decision, Title II applied to wireless voice services offered by flourishing cellphone carriers and to more than 1,000 small rural carriers offering residential broadband DSL and fiber access.

Title II has always applied to business-grade broadband services too, with AT&T defending the “unqualified regulatory success” of a light-touch Title II approach in that multi-billion dollar industry. Outside the tech sector, common-carriage principles apply in other competitive markets like airlines, private buses and parcel shipping. None of these businesses are utilities. Many are very profitable — some extremely so.

Cruz: “The Internet from its beginning has been tax free and even better it’s been regulation free …”


Yes, the Internet has been largely free of taxes and regulations, but Internet access providers like AT&T, Comcast and Verizon are not “the Internet.” Protecting Internet users from the whims of these monopoly-minded phone and cable companies is what we’re really talking about here. It’s what the Title II rules are about, but that fact is inconvenient for anti-Net Neutrality types. And thinking that a cable company like Comcast is the Internet is akin to calling a lumber company like Georgia-Pacific the forest.

“ … and Obama is salivating to regulate the Internet …”


Actually, President Obama’s statement on Title II made it clear that his Net Neutrality support didn’t amount to Internet regulation. The rules themselves are clear: The laws that a bipartisan Congress wrote in Title II and the FCC’s order itself apply to broadband access providers. That’s an important distinction that the anti-Net Neutrality crowd routinely ignores. In late 2014, Obama said “I’m urging the FCC to do everything they can to protect Net Neutrality for everyone. They should make it clear that whether you use a computer, phone or tablet, Internet providers have a legal obligation not to block or limit your access to a website. Cable companies can’t decide which online stores you can shop at or which streaming services you can use. And they can’t let any company pay for priority over its competitors.”

“ … So what the FCC has done, under Title II they have deemed the Internet a regulated public utility. And as a consequence they’re claiming the authority to regulate pricing and terms of sale ...”


The FCC explicitly stated that its open Internet rules don’t subject Internet access providers to rate setting, tariffs or wholesaling requirements. “The order bars the kinds of tariffing, rate regulation, unbundling requirements and administrative burdens that are the hallmarks of traditional utility regulation,” FCC Chairman Tom Wheeler wrote in a memo released alongside the new rules. “No broadband provider will need to get the FCC’s approval before offering any price, product or plan.”

“ … Anyone who wants to innovate has to go to government regulators to get permission to launch some new website to do something novel on the Internet. That is lunacy … ”


This is the most dishonest comment in Cruz’s statement. Absolutely nothing in the FCC’s Open Internet Order gives the government the ability to decide who gets to launch a website and who doesn’t. The order is clear that no one — government or corporation — should interfere with any user’s right to access the free and open Internet, including our right to create websites and services without permission. Cruz’s dog-whistle politicking is designed to rally the anti-Obama crowd that makes up his base. On that note it may succeed, but it isn’t remotely close to the truth.

“ … Now, many people don’t know what it means. I have described Net Neutrality as ‘Obamacare for the Internet’… ”


And for making such a ludicrous claim Cruz was resoundingly criticized by both Net Neutrality supporters and members of his own party.

“ … If you want the federal government regulating prices and terms of sale on the Internet, deciding which websites are OK and which are not, then Net Neutrality is a great idea.”


Well, he got one thing right. It is a great idea. Real Net Neutrality looks nothing like what Ted Cruz says. But it does help ensure that we can use the Internet to call out politicians and set the record straight.