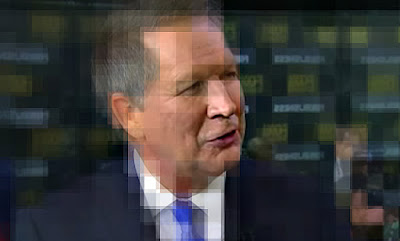 Kasich: Let's Not Talk About It

"Tech companies and a group of MIT scientists warn that if they create a way for the FBI to have a back door into our encrypted communications, then the bad guys will exploit it, too. And they say that this is going to cause more security problems than it would solve for everyday Americans. Are they wrong?" Kelly asked.

"Megyn, it's best not to talk anymore about back doors and encryption," Kasich said. "It will get solved, but it needs to be solved in the situation room of the White House with the technology folks."

"But this is public testimony," Kelly pressed.

"I just have to tell you that it's best with some of these things [that they] not be said," the governor said.

Maybe it's an odd sense of secrecy and decorum motivating his answer. Or maybe Kasich would rather not talk about encryption because he knows very little about it. In 2016, we should expect our politicians to be better versed on matters that affect everyone's right to communicate in private. 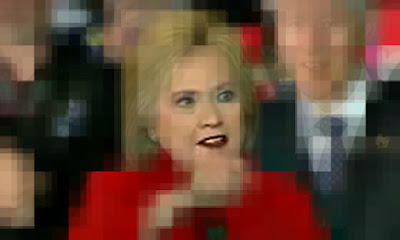 Other candidates have been more detailed than Kasich -- but no less misguided.

In December, Hillary Clinton offered her view on encryption. "If we truly are in a war against terrorism ... then we've got to shut off their means of communicating," she said. "It's more complicated with some of what they do on encrypted apps, and I'm well aware of that, and that requires even more thinking about how to do it."

Well, the thinking is pretty far along at this point. Encryption isn't the evil it's often portrayed to be. It doesn't only shield terrorist communications. In fact, investigations into the Paris and San Bernardino attacks show the culprits communicating by more conventional means. Encryption is most often used to safeguard businesses, protect people from human rights violations, and keep the data of innocent Internet users safe from criminal hackers.

Were a President Clinton to succeed in weakening encryption services offered in the United States, terrorists would simply go elsewhere to find bulletproof, end-to-end tools. Much of the encryption software developed in the U.S. is already out of our hands, owing to relaxed export controls over the past decade. Law-abiding Americans who use encryption for legitimate ends would suffer the most from attempts to disable these tools. 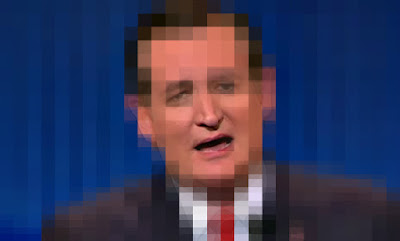 Politicians have flexed their feeble tech muscles on other Internet issues too -- like Net Neutrality.

During a campaign stop in New Hampshire last month, a member of the audience asked Sen. Ted Cruz about the FCC's 2015 decision to protect the open Internet. In the middle of a lengthy, fact-free rebuke of President Obama and the FCC rules, Cruz said, "Anyone who wants to innovate has to go to government regulators to get permission to launch some new website to do something novel on the Internet. That is lunacy."

One problem, senator. Absolutely nothing in the FCC's Open Internet Order gives Obama or anyone else the authority to decide who gets to launch a website and who doesn't. The order is clear that no one -- neither the government nor a corporation -- should interfere with a user's right to access the free and open Internet. That includes our right to create websites and services without permission.

Cruz's dog-whistle politicking turns a deaf ear to the millions of people, Republicans and Democrats alike, who have spoken out in support of Net Neutrality. 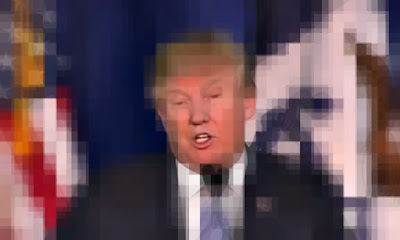 Trump and Clinton: Shut It Down

When it comes to alleged government regulation of online content, Cruz should be more concerned about fellow Republican Donald Trump, who on multiple occasions has said the government needs to shut down the Internet to keep America safe.

"I sure as hell don't want to let people that want to kill us and kill our nation use our Internet," Trump said in December.

Here's the thing, Mr. Trump: The Internet doesn't belong to any one nation. The only politicians who believe that sit in the Chinese Politburo. And China's attempts to nationalize the Internet include building a "Golden Shield" that bars Internet users there from accessing "dangerous" ideas about human rights, free speech and democracy.

China's Great Firewall is not the sort of precedent Trump or any other presidential candidate should follow. Right, Secretary Clinton?

"Resolve means depriving jihadists of virtual territory," Clinton said in December. "They are using websites, social media, chat rooms and other platforms to celebrate beheadings, recruit future terrorists and call for attacks. We should work with host companies to shut them down."

Unfortunately, the social media companies that host much of our communications have a spotty record when it comes to determining what is a censorable offense and what's merely contentious public discourse. Forcing host companies to police speech on social media is a path riddled with First Amendment potholes. 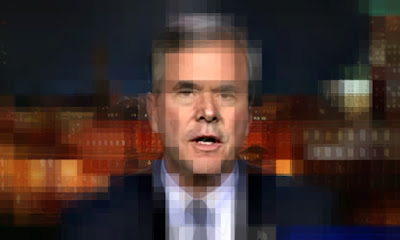 So what is the government's role when it comes to the Internet? The millions of people who have spoken up about it since the 2012 election believe the government should put the rights of Internet users first. That means the government shouldn't regulate our online content but should enable us to innovate, speak and share without interference from governments and corporations alike.

What say you, Gov. Bush?

"The idea of regulating access to the Internet with a 1934 law is one of the craziest ideas I've ever heard," Bush said while taking a question about Net Neutrality from fellow diners at an Iowa pizza joint.

It's not crazy, unless you really think that the only test of a law is how old it is. (How's that Constitution holding up, by the way?)

The laws the FCC returned to aren't some Depression-era relic. Congress updated Title II in overwhelmingly bipartisan vote in the Telecommunications Act of 1996. That paved the way for the explosive growth of the Internet we know today. This law applies to the cable and phone company networks that connect us to each other, as well as providers in a number of other competitive markets for modern communications services.

These companies are always looking for new ways to filter, prioritize and even block Internet traffic. Net Neutrality rules follow the law to provide the safeguards demanded by millions of Internet users who've called for protections from that kind of abuse.

These Internet users are becoming more visible in 2016. Come November their presence could be felt as more Internet rights advocates go to the polls. Our issues are beginning to get through to the candidates on a few fronts: Both Clinton and Sen. Bernie Sanders support Net Neutrality protections while Sen. Rand Paul has been an outspoken advocate for online privacy and against unwarranted government surveillance.

At the Free Press Action Fund, we don't endorse or oppose candidates for public office. But we do pay close attention to what they're saying about Internet policy.

We've already been to dozens of campaign stops in Iowa and New Hampshire asking tough but basic questions about our digital rights. We're going to hit the trail in Massachusetts, New York, Pennsylvania, Virginia and other states to press candidates for smarter answers than the ones most have given so far.
Posted by Tim